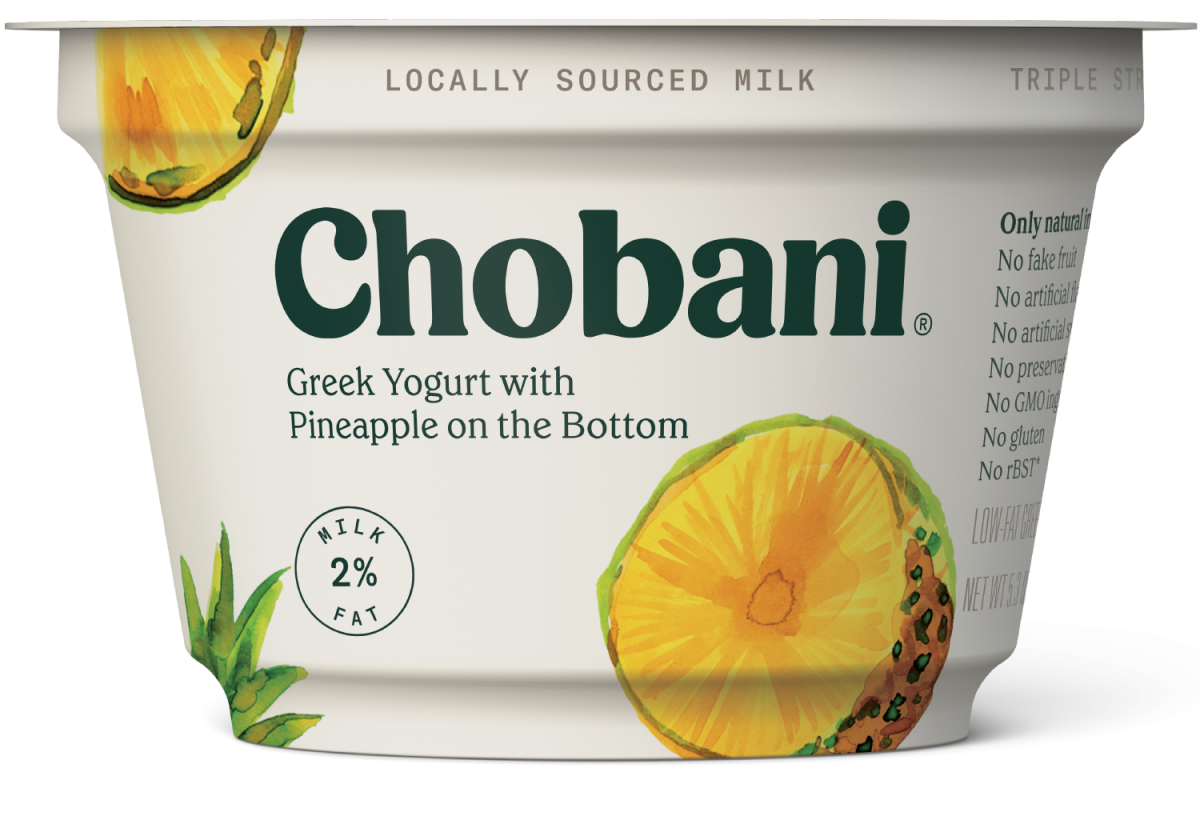 If you’ve eaten breakfast in the last 14 years or so, you’re undoubtedly aware of Chobani, a company out of upstate New York that has been making and selling those little yogurt cups that your doctor tells you to eat for breakfast instead of the steady stream of congealed wads of fried salt obtained from fast food restaurants and gas stations everywhere.  It’s actually pretty good yogurt – pineapple on the bottom is my favorite – that comes in at about a buck per little cup, no preservatives, not swimming in sugar.  Just good yogurt, with good ingredients, at a good price.  The company is also a pretty good example of Islam in action, and I want to give you a glimpse of that, hopefully to put the lie to a lot of Islamophobic BS out there.  Let’s start with the elevator-pitch version of describing the company.

Chobani was founded in 2005 by Hamdi Ulukaya, a Turkish Kurd who decided a lot of the yogurt available to the mass market was straight garbage, so he started making and straining yogurt in his home.  This came naturally to him, because he had grown up raising sheep and goats with his family near the Euphrates river, producing yogurt and cheese.  In 2005, he got a Small Business Administration loan to purchase a shuttered Kraft yogurt plant, and after a couple years of tinkering with recipes and fermentation methods with another Turkish yogurt genius, the first batch of Chobani yogurt left the factory for store shelves in 2007.  Since then, the company has experienced monumental growth and made a bunch of people very wealthy indeed.  This is the part where the story changes from the typical corporate success story, because from day one, Ulukaya has insisted on paying his workers well, engaging positively in the community, and making sure the company’s products are accessible to everyone.

This slots nicely into a discussion of Islam, because both Ulukaya and Chobani are excellent examples of Islam’s better angels.  As Christianity has the Ten Commandments, Islam has the Five Pillars – one of which is zakat, or alms-giving.  Although the actual obligation is to donate 1/40 of one’s assets over a given poverty floor called nisab on an annual basis, scholars disagree on the exact valuation of nisab – so in practice, many Muslims consider an annual donation of 10% of their assets to be close enough (and often proves to be a larger donation than it would if they worked out the math, so it’s rare that this is argued against).  It is also worth noting that the literal translation of zakat is ‘that which purifies’, so the donation is not merely to support one’s community, but to guard against the greed and avarice which excess wealth so often brings.  Chobani has operated from the outset with this in mind, and donates at least ten percent of its earnings to others either through direct grants (including a recent donation of nearly $50K to a Rhode Island school district that was attempting to shame students into paying off their lunch debts by giving them cold sandwiches instead of the nutritious hot lunches the other students enjoyed), or donations of its products to the needy.  Chobani’s hiring decisions also keep those less fortunate in mind – approximately 30% of its workforce are refugees – and all employees are paid well, receive benefits including 100% paid parental leave for six weeks for all employees who had been with the company for 12 months – for fathers too, and is also extended to parents of adopted or fostered children.  In 2016, Chobani gave ten percent of its stock to its employees (divided up by tenure), giving many of its long-term employees a strong financial foundation which will turn into quite the nest egg when the IPO hits.

It isn’t really possible to separate the company and the founder, because the founder’s philosophy and adherence to the principles of Islamic economics is central to the business’s operations.  Hadith, or Islamic tradition, teaches that a business that does well should reward the people who helped the business succeed, so Chobani is good to its employees.  Hadith teaches that a business cannot succeed if its customers are too poor to purchase its products, so Chobani is generous to its community.  This is capitalism done properly, and results in the company being seen as a boon to its community, thus making consumers more likely to purchase its products.  By respecting and rewarding the people who helped make the company successful, including its customers and potential customers, and by respecting and rewarding the communities that provide it workers and space to grow, it increases its wealth while not unfairly taking that wealth away from others.

You don’t need me to give you examples of exploitative capitalism – we are all touched by businesses and other entities who take more than their share and give back only what they are absolutely required to in order to generate a warm and fuzzy PR piece about a corporation donating a fraction of a percent of its income to give a couple dozen schoolchildren books, or otherwise get its name in the news.  Chobani instead gives deeply of its assets to support people, and any notice it gets for this is of course welcome, but is a side effect instead of the purpose.  This is also intentional, zakat demands that the giver not demand undue attention for their donation – whenever Chobani or Ulukaya himself gives a statement about a donation, it is never in the context of ‘see how amazing we are’, it is always a simple statement about why it is important that those with means donate to those without, and encouraging others to do the same.  The focus is always on encouraging others to give, and never on pinning glory on themselves.

This is Islam in action.  The average Muslim has no more love for terrorism or other acts of hatred and war than you do – and in fact less, because extremists target other Muslims just as often (if not more so) than they do Westerners.  For every Muslim extremist plotting horrible acts, there are many, many more who simply want to live their faith and make the world a kinder and more loving place.  Just as for every Anders Breivik, there are many, many more Christians who support their communities, love their neighbors, and otherwise try to live as Christ would.

I know it’s difficult to shun fearmongering and hatred, I know it is far too easy to let one’s outlook and perspective be poisoned by those whose lies serve their own hateful agendas – but we must all look deeply within ourselves and commit to approaching our neighbors with an open hand, not a closed fist.  Only by doing this, by treating others with love and acceptance, will we make the world a truly better place.  Hate and greed give us war, famine, and terror; love and acceptance give us justice, harmony, and space to grow as individuals and societies.  I’m not telling you anything here you haven’t already heard before from religious leaders and Mister Rogers.

It’s going to take a lot of work to reject hatred and make the world a better place.  You’re going to need a good breakfast for that, and Mr. Ulukaya has a suggestion.  (And try the pineapple, it’s really good.)